A Glimpse into the Bishop’s Life 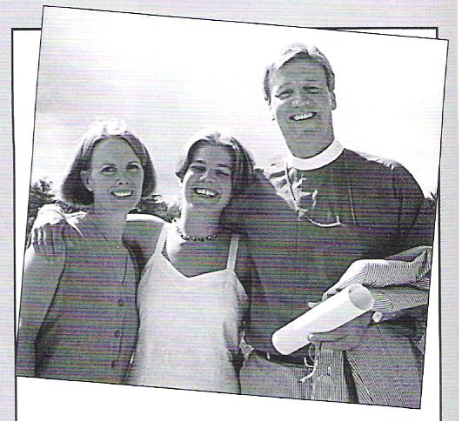 The following are some highlights of Bishop Anderson’s achievements:

He was born in Los Angeles, California, and graduated from Valparaiso University with honors in English and History.

He served for two years on active duty as an infantry officer in the United States Army.

From 1966 to 1972 he was a marketing and advertising manager at the Proctor and Gamble Company.

He attended seminary The School of Theology at The University of the South. He received his M. Div. with honors and was ordained to the diaconate in 1974 and the priesthood in 1975.

He earned his M.A. and Ph. D. in theology from Vanderbilt University, where he was a Hartman Graduate Fellow.

While a graduate student, he taught and served as interim Chaplain at St. Andrew’s School, a boarding school in Sewanee, Tennessee.

In 1978 Bishop Anderson returned to his seminary where he held the C.K. Benedict Chair of Theology.

In 1984 he was elected the Eighth Diocesan Bishop of South Dakota.

In recognition of his work in combating racism in the State of South Dakota, Bishop Anderson received the Governor’s Award for Reconciliation in 1990 and 1991 and was awarded the Sacred Hoop Peace Medal in 191 by the great Sioux Nation.

Bishop Anderson has served on a variety of committees and commissions, both within and outside The Diocese of South Dakota including:

The Presiding Bishop’s Committee for Full Participation of Women in the Church in the 1986-1989 Triennium.

The National Committee on Human Sexuality, which he chairs.

The National Council of Churches as president-elect.

The World Council of Churches Ecumenical Decade, as the Episcopal Church’s representative.

The council on Foreign Relations in New York City.

In 1993 Bishop Anderson began his ministry as the eleventh President and Dean of The General Theological Seminary in New York City, the oldest seminary of the Episcopal Church. In addition to his administrative and pastoral responsibilities, Bishop Anderson holds the position of Professor of Theology and teaches in the areas of Systematic, Philosophical, and Pastoral theology. 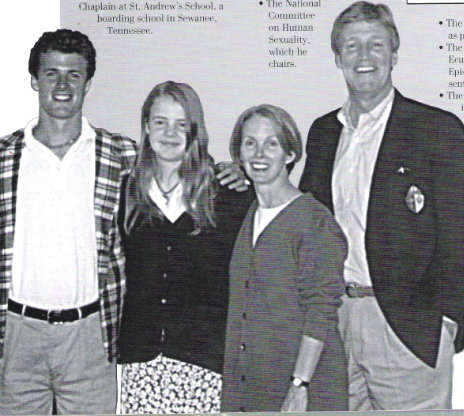 Liz Anderson is a member of The Dalton School faculty where she is the lower school librarian. She was recently awarded an M.S. in Urban Planning from Columbia University’s School of Architecture, Preservation, and Planning. The Andersons have three children: Court, a senior marketing associate at Dean Witter in New York City; Megan, who graduated from St. Paul’s in 1994 and is now a junior in an honors program at the University of Colorado, majoring in international affairs and environmental studies; and Ragnar, a tenth grader at Trinity School in New York City. Two Siamese cats round out the family.