Pierre- The state Council on Reconciliation focused Monday on an issue it refused to see in 1990: Sioux Indian land claims in the Black Hills.

The council approved a resolution supporting the formation of a presidential commission on the Black Hills dispute. The commission, proposed by Sen. Daniel Inouye, D-Hawaii, would examine Sioux claims on Black Hills lands and whether some federal land should be returned to the Sioux Nation.

That and other complex and controversial points of dispute were essentially declared off limits for the first state Council on Reconciliation in its first year. Gov. George Mickelson, who formed the council as part of a proclaimed statewide reconciliation effort between races, said such issues went beyond the scope of the first council.

A second, permanent reconciliation council was formed early this year, and Mickelson said he expected it to tackle more controversial issues. Mickelson and the council were criticized last year for focusing on reconciliation events and public relations rather than issues like jurisdiction and land claims. 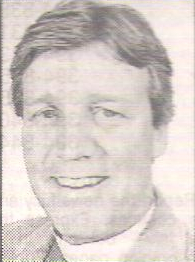 Episcopal Bishop Craig Anderson, a member of both councils, said the time had come for the council to take on “enduring” issues that had separated Indians and non-Indians in South Dakota.

“I think there was a sense of hands off last year, by virtue of the governor saying we had enough to do”, Anderson said. “”I think the council is now in a position to address more substantive issues.”

State Indian Affairs Coordinator Francis Whitebird, a member of the Rosebud Sioux Tribe and chairman of the new council, agreed that the commission concept developed by the Episcopal Church and proposed by Inouye was a good one.

Whitebird studiously steered the first council away from such issues, saying it had enough work to do in organizing the council, awarding reconciliation grants and other chores and shouldn’t get hung up in disputes.

Two other Indian members of the new council, Michael Jandreau of Lower Brule and Patty Wells of Sioux Falls, said they supported Inouye’s commission proposal, if it were balanced between Indian and non-Indian members.

Inouye’s proposal would create a nine-member commission, with three members each appointed by the president, Speaker of the House and majority leader in the Senate. Jandreau said it was important that South Dakota Indian leaders have real power on the commission.

The state’s council’s support of the commission concept doesn’t mean members are taking a position on land claims, but it does send a message to South Dakota’s congressional delegation. Support from the delegation is considered crucial to the commission proposal.

Both Daschle and Johnson, who have opposed past efforts in Congress to return federal lands in the Black Hills to the Sioux, are up for reelection in 1992.

Anderson said the commission would concentrate on examining the land dispute and disseminating information on the issue. It eventually could recommend possible action by Congress, he said.

“My concern is that this will continue to fester until we do something to present the facts,” Anderson said.